According to the World Health Organization (WHO), cardiovascular disease is the number 1 cause of death in the world. The WHO states that an estimated 17.9 million lives are lost each year due to cardiovascular diseases. The Center for Disease Control and Prevention (CDC) estimates 647,000 deaths relating to heart disease in the United States every year making it 1 in every 4 deaths.[2] The CDC states that there is a Myocardial Infarction (MI) occurring every 40 seconds and about 805,000 Americans will have a MI each year. Based on a bulletin posted by the WHO in 2016, “stroke is the second leading cause of death and the third leading cause of disability.”[1] Stroke has a mortality of 140,000 deaths per year in the United States with more than 795,000 cases per year.[3] Ischemic stroke is the most common type of stroke accounting for about 87% of all strokes.
Heart failure after the occurrence of a MI is the cause of death for most heart disease patients. The prognosis of heart failure is very grim with an average life expectancy of less than 5 years. Most heart medications will only focus on the symptoms of the disease instead of the underlying root cause. The innovative stem cell therapies are focus on repairing the myocytes so the heart can continue to pump efficiently instead of progressing to heart failure after a MI. The same reasoning will apply to ischemic stroke patients as the therapy will focus on repairing the damaged nerve cells.

The Umbilical Cord Mesenchymal Stem Cell (UMSC) is a primitive and young mesenchymal stem cell obtained from the Wharton’s jelly, which is umbilical cord tissue. The UMSC01 will be cultured in the petri dish and later injected via intracoronary artery (IC) and/ or intravenous (IV) for MI patients. In stroke cases, UMSC01 has been shown to differentiate into nerve cells to repair damaged portions and improve nerve functions after injection.

IND was granted by FDA to conduct Phase I and II studies. The UMSC01 presents a great opportunity in its unique culture method and usefulness in acute myocardial infarction and ischemic stroke. A Phase 1 open label clinical trial to evaluate safety and explore efficacy is currently being performed in Taiwan with an estimated completion in 2021. 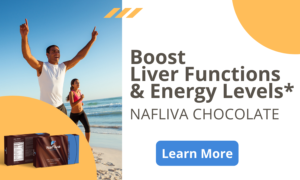